Your English Guide to Christmas – The Language Professional

Your English Guide to Christmas

​In this article, we take a quick trip through history to see the origins of Christmas and discuss what it means to us today over two thousand years later. ​If you're good, ​you might even get some Christmas vocabulary gifts!​

Where it all began

As the name suggests, Christmas goes all the way back to the birth of Jesus Christ.

The traditional Christmas story is spoken about in the New Testament - the second part of the Christian Bible. It follows Jesus' parents, Mary and Joseph, as they enter the city of Bethlehem and try to find a place to stay. All the inns (small hotels) were full, but they were allowed to stay in one inn's stable - the place where the horses sleep.

On this night, Jesus was born.

They were soon visited by the Three Kings or Three Wise Men, who had travelled from far away following the light of a star, and came with gifts for Jesus.

Today, we see Christmas Day (25th Dec) celebrated as a major festival and public holiday in many countries with both high and low Christian populations.

Each year, you'll see all kinds of Christmas traditions like: 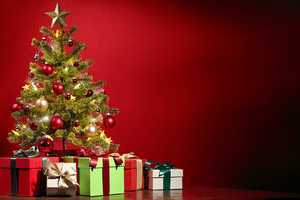 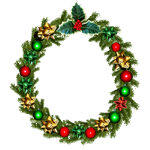 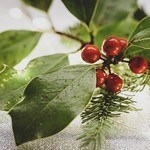 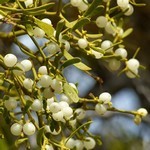 So what about the fa​t guy in red? 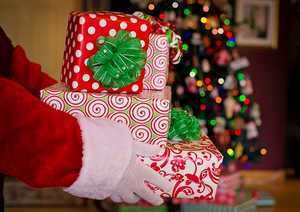 There are many different stories of where Father Christmas or Santa Claus (or just Santa) comes from, but the name 'Santa Claus' is from the Dutch name for Saint Nicholas, who was a Greek bishop known for his gift giving. The popular images we see today were developed a hundred years ago in New York, America.

In countries that celebrate Christmas, children 'who have been good this year' will be expecting Father Christmas to come down their chimney on Christmas Eve (the day before Christmas Day), eat the milk and cookies left out for him by the family and leave presents in stockings for the kids to open in the morning. 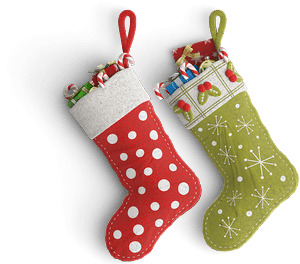 Poor Santa has a lot of houses to visit in one night, but luckily for him (and us) he has a group of flying reindeer that help pull his sleigh through the night.

Santa ​in his sleigh being pulled by reindeer

​​​What presents do you hope to see under your Christmas tree this year? Let us know by leaving a comment below.