How to Pronounce Every Word in the English Dictionary

​In this article, you'll ​learn ​how to pronounce all 270,000 words ​of the English language perfectly. ​​Sound unlikely? Actually, it's not as difficult as you might imagine. Read on to discover ​exactly how you can ​achieve this.

Can you guess which of these is the right way to pronounce the word 'oscillate'?

(don't worry if you don't know the meaning, just have a go!)

​How did you manage?

​Words like these can cause challenges for language learners (and even native speakers) because letters in written English don't always sound the same.

If only they did, wouldn't learning English be much easier?!

Well, if you found the quiz above difficult, I have some good news - there​ is a way to pronounce English words perfectly every time! But before we look at that, let's go back to basics to understand exactly what we're doing when we're speaking.

​Air flow through the body 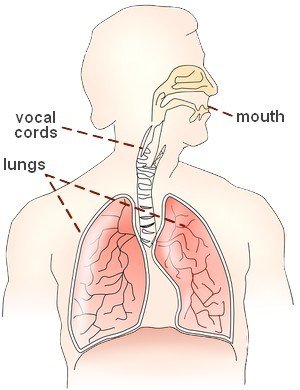 When we speak, air travels from the lungs up towards the mouth. The air vibrates (shakes quickly) in the vocal cords to create noise. We use parts of our mouth to 'shape' this noise into ​​the sounds of our language.

vibrate  - verb [I or T] - UK /vaɪˈbreɪt/  US /ˈvaɪ.breɪt/
to shake very quickly backwards and forwards
Susie woke from her nap to find her phone vibrating.

The sounds of English

There are 44 different sounds in the English language. These are different to the 26 letters that we see in written English.

The sounds belong to two groups:

Well, luckily, ​many dictionaries use a special set of symbols called the International Phonetic Alphabet (IPA) ​that tells us ​which of the 44 sounds ​are used in each word.​

Leaning pronunciation from a dictionary

Here's a dictionary definition of the word 'oscillate' that we looked at earlier (with the pronunciation notes highlighted):

oscillate - verb [I] - UK /ˈɒs.ɪ.leɪt/  US /ˈɑːs.ə.leɪt/
to move backwards and forward repeatedly
It was a warm day, but luckily the electric fan was oscillating steadily and soon cooled us down.

Now, even if you don't know how to read IPA yet, you may be able to see a similarity between '​oscillate' and the British pronunciation /​ˈɒs.ɪ.leɪt/ (or the American pronunciation ​/ˈɑːs.ə.leɪt/).

There are three parts (or 'syllables') in this word:

How about the vowels?

Let's look at each of the syllables (the parts) separately:

Have a go saying this for yourself by listening again and copying the pronunciation:

​Watch our free English pronunciation video series (YouTube) to learn ​how to ​pronounce ​all 44 sounds. You can also download our free interactive IPA chart, which will make it ​a lot easier to remember and learn each symbol.

​Need a dictionary? ​Here's a ​couple I recommend:

​If you found this article useful, please help others find it by clicking the Share icon below (on mobile) or to the left (on desktop).

​A quick guide to IPA symbols

.    - This symbol is used in some dictionaries between syllables so that you can see more clearly where one syllable ends and the next begins

:    - This symbol comes just after long vowel sounds (we see this in the American pronunciation of​ 'oscillate', /ˈɑː.səl.eɪt/, where /ɑː/ is pronounced 'ahhhhh')